From Idea to Publishing Contract in Nine Months

Thanks for having me at the blog today to talk about my debut romantic comedy novel, FAST FORWARD! The idea for this book came about quite suddenly when I was reading in bed one night. I don’t remember the book, I just remember that it mentioned a young character who behaved like they were years older, and I thought it would be great to do a story where the character ages suddenly overnight. I was reminded of movies like Suddenly 30 (13 Going on 30 for those in the US), Big, and 17 Again but wanted to do something a little different where the character becomes an age where they’re NOT in their prime. An age that they don’t want to be. I decided age fifty would be a good milestone to write about, and I chose to make the character a model with no desire for domestic life become a middle-aged housewife and mother overnight.

The title Fast Forward came to me, but I put the story idea aside for a while as I focused on revising two other manuscripts. On New Year’s Day 2012 I was tossing around a few different story ideas in my head and wondering what to start working on next, when as I flipped through a magazine an article caught my eye. It was called Fast Forward. I took it as a sign and started it right away!

I completed the novel in four months, and after editing it, decided to send it out to the world to see if I could get any interest in publishing it. I contacted agents, and pitched to a few publishers, and then after the Romance Writers of Australia conference where a new digital imprint of Harlequin was announced, I started to think about the possibility of digital publishing. I researched and found many reasons to go in this direction, and although the idea of having a print book in your hands is appealing, my main goal was to get my book out to as many readers as possible, as quickly as possible, and I realised that digital would be a good option for that. So I sent off a submission to Escape Publishing knowing I would hear back from them within two weeks if it was or wasn't suitable. This short turnaround was a huge incentive for me as I’m not the most patient person! As expected, in just under two weeks I heard back and was asked to send in the full manuscript. Three weeks after that (at the beginning of October) I received an email accepting the book for publication. So in just nine months, my debut book was born ;) 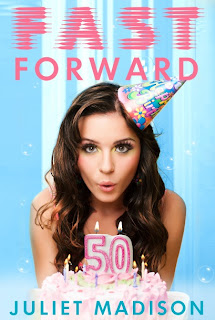 Aspiring supermodel Kelli Crawford seems destined to marry her hotshot boyfriend, but on her 25th birthday she wakes in the future as a fifty-year-old suburban housewife married to the now middle-aged high school nerd.
Trapped in the opposite life of the one she wanted, Kelli is forced to re-evaluate her life and discover what is really important to her. Will she overcome the hilarious and heartbreaking challenges presented to her and get back to the body of her younger self? Or will she be stuck in the nightmare of hot flushes, demanding children, raunchy advances from her husband, and hideous support underwear forever? 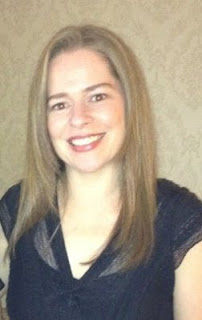 Juliet Madison is a naturopath-turned-author with a background in dance, art, internet marketing, and perfume sales (yes, she was one of those annoying people in department stores who spray you with perfume). Nowadays she prefers to indulge her propensity for multiple careers by living vicariously through her characters.

She likes to put said characters into extraordinary situations and take them on a challenging journey to discover their true passion and inner strength, weaving in some laughs, tears, romance, and sometimes a touch of magic along the way.

Living near the beach on the beautiful south coast of New South Wales, Australia, Juliet spends her days homeschooling her son and running her internet business, and her nights writing fiction while doing her best to avoid housework.

Juliet is a proud member and volunteer with The Romance Writers of Australia and she loves to interact online with readers and writers via twitter and Facebook. You can also visit her on her blog and website.

Do you have a book that you would like me to review? I would be delighted to do so. I am happy to also do guest posts, interviews & giveaways. Please read my REVIEW POLICY before contacting me.
Any books/ARCs provided for review will not be sold or given away. Strange Candy Reviews is against book piracy.